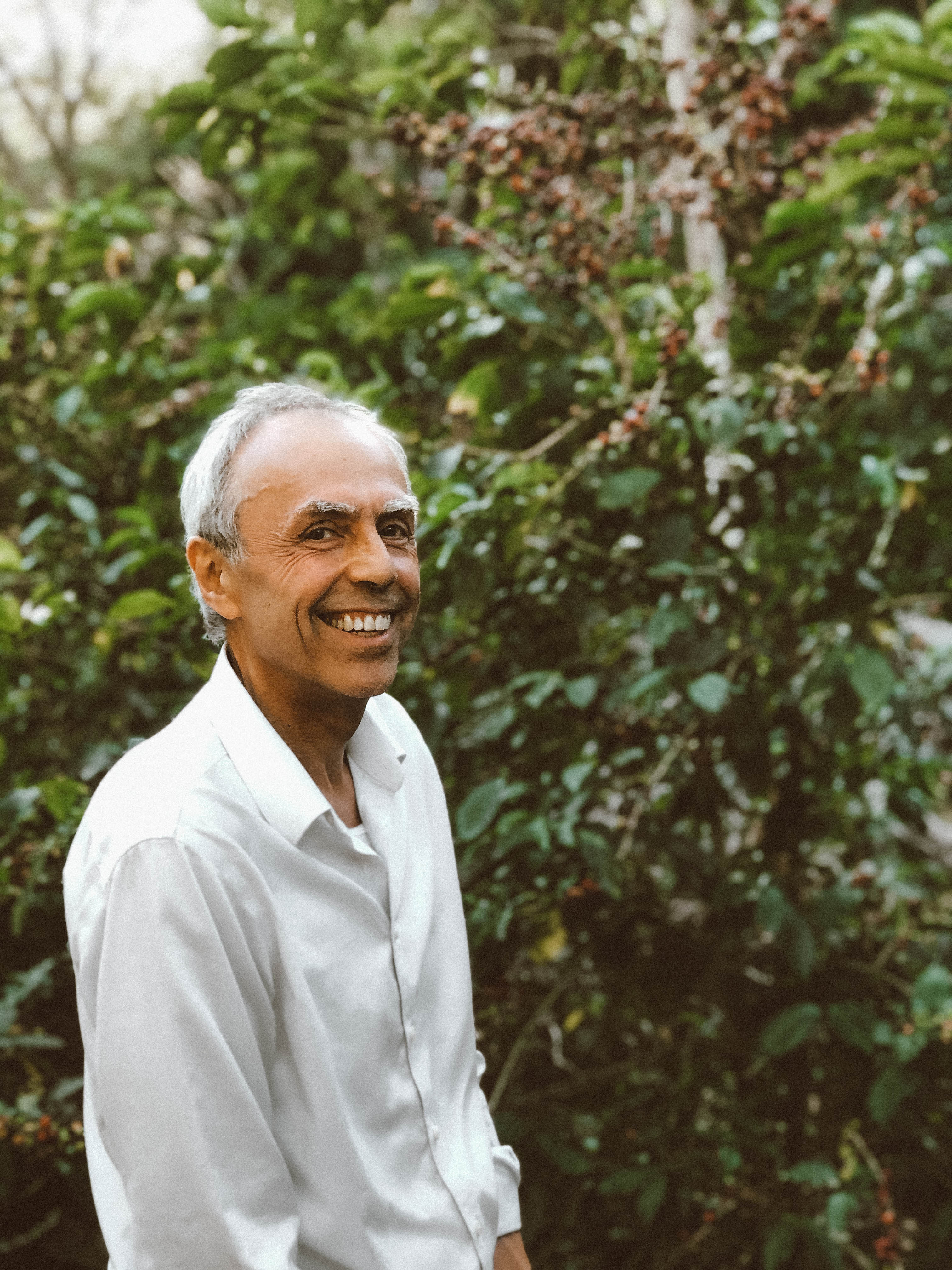 Bioplastic made of coffee beans 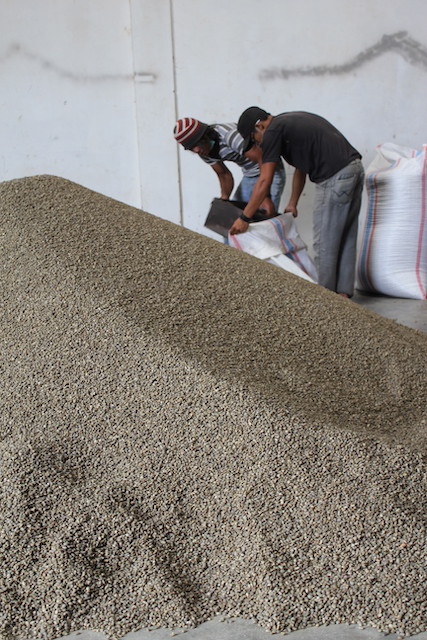 The search for biodegradable and compostable plastic substitutes has not bypassed the use of coffee by-products. Husk "https://huskee.co/huskeeloop/"ee in Australia uses the parchment layer for its coffee mugs. Kaffee "https://www.kaffeeform.com/de/story/" Form in Germany uses coffee grounds for coffee cups and mugs. Ford relies on the silver skins for the headlamp holder on its Lincoln Continental as does Club Coffee for the ring on its compostable "PürPod100" capsules. However, no one can do it without binders! Therefore, all products fall under the category of "bioplastics"; and the increasing criticism of the degradability of bioplastics makes it clear that such products were certainly a good start, but the ultimate solution for a residue-free decomposing product made of coffee (and other) by-products is yet to be seen. Or have we missed it?

In a standard coffee work, A Review of Literature of Coffee Research in Indonesia, P. J. S. Cramer, 1957, I came across the following lines:

“In addition to the byproducts …, completely different products are also reported to have been made from coffee. With the enormous overproduction of coffee in Brazil, leading in the past to the destruction of millions of bags per year, it is understandable that serious efforts had been made to use the product as a raw material for some other industrial application. It has been said that the beans were sometimes used as a combustible and as a fertilizer.

An entirely different line has been taken up by the H. S. Polin Laboratories in New York, which worked out a method for making plastics from coffee (Anon. Koffie als grondstof, 1940, p. 347). The process was reported to have been developed   far enough to be applied on an industrial scale. A large factory was built in the state of Sao Paulo designed to use 1,000,000 bags of coffee per annum and to be managed by the National Coffee Department. The end product would be used for flooring, wall covering, and similar applications. The coffee to be used as raw material was not required to be of standard quality. Inferior grades such as are now destroyed to keep up the market prices could also be used.‍

And after finding this here in a special issue of the SCIENTIFIC AMERICAN:

“A new plastic, developed by H. S. Polin Laboratory of Research in Physics, is unique, particularly from the standpoint of use in South America, in that it is made wholly from the green coffee bean and requires no additional raw materials. Coffee-plastic making will be a highly self-contained  industry, because the coffee provides its own chemical plasticizers and catalysts and its own filler material.” (50 AND 100 YEARS AGO, Scientific American, Vol. 261, No. 4 (October 1989), pp. 12 – 16 (5 pages) Published by: Scientific American, a division of Nature America, Inc.)”,

I went in search of the patent - and found it! Here it is:

What happened to the patent, which of course expired long ago, is unfortunately unknown to me. Did it find application? If not, there would be no better time than now to make 100% pure organic plastic from the cheapest (triage) coffee beans! There are even more low-quality beans than we might like to believe:

"Defective beans correspond to over 50% of the coffee consumed in Brazil, being used by the roasting industries in blends with good-quality coffee. Unfortunately, since to coffee producers they represent an investment in growing, harvesting, and handling, they will continue to be dumped in the internal market in Brazil, unless alternative uses are sought and implemented.”* 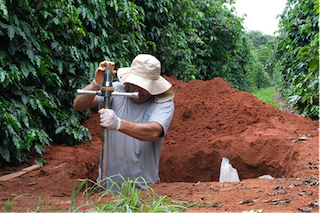 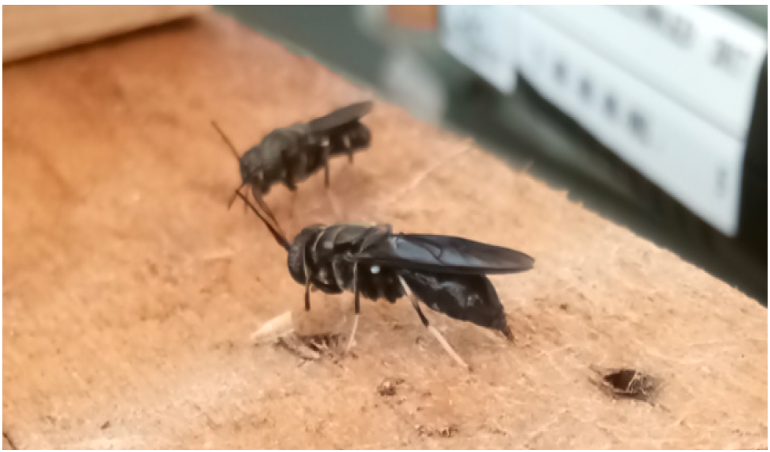 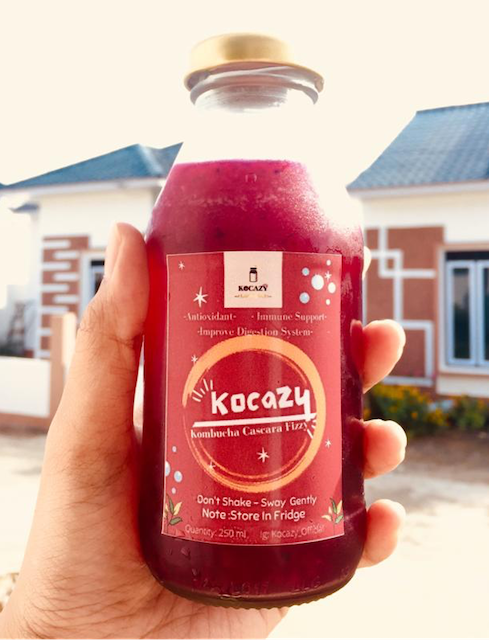